Tiger of the Stripe Fiction

Sadly, it is almost impossible for a publisher the size of Tiger of the Stripe to make a success of publishing fiction. The following deserve a wider readership than they have so far received: Circled by the Sands and The Mischief-Maker by Julia Lacey Brooke, Isleworth Madonna by Anton de Moresco; Afghan Silk by Julia Scott; and Tales of a Cultural Conduit by Jay Landesman. The last-named is actually the third volume of Jay's memoirs, but is published with his previously unpublished nove, The Nervous Set. 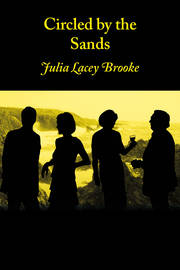 Circled by the Sands

British journalist Hilary Blyth famously liked a drop or two as well as a midnight dip, and when his body was fished out of the sea near the infamous Denti dei Cani Rocks, the verdict was accidental death. His widow disagreed, but she went a little crazy after her husband's death and everyone was highly relieved when she returned to England...

A year later, three people converge on a secluded Italian coastal idyll. None of them is on holiday: the Hon. Veronica Dearborn (previously encountered in The Mischief-Maker) has refused to sell the film rights of her notorious memoir, and escapes London and her unscrupulous agent on a commission to interview J. Cadwallader Jones, the eccentric widower of a famous mystery novelist. Her old friend, food-writer Freddy Partridge, is on a working vacation, and hoping his Uncle Cadwallader is not spending all his inheritance. Julian Blyth, an injured orchestral violinist, has come to settle the estate of his late brother.

Welcomed and feted at first by the tight-knit ex-pat community, the three visitors quickly realise they have stepped on a nest of vipers, and Julian begins to have doubts that his brother's death was the accident it seemed.

A sophisticated satire, Circled By The Sands displays the ex-pat middle-classes at their hilariously appalling worst. Monte Farfalla is home to a community with little in common apart from its mother-tongue, driven by competition, jealousy, gossip, greed and bickering. When faced with threat from outside, however, they close ranks...

The Mischief-Maker
or the Loathsome History of a Malcontent

A swooping, evocative tale spanning nearly fifty years, The Mischief-Maker is a story of ambition, hubris and retribution. From the sixties to the present, from England and Ireland to Italy and the United States, we follow the lives of a diverse group of people whose fates are inextricably caught up, whether they know it or not. No-one – not the government minister, the cabaret artist, the television personality, the forgotten pop star or the academic’s widow – is immune from a certain malign influence. Secrets long hidden come back to destroy them. Someone who remembers all too well has known them all.

The Mischief-Maker is a subtle, noirish tragicomedy, one which sweeps the reader along and creates an intense interest in what happens next, and to whom, and why.

Julia Lacey Brooke read English Literature and Renaissance History at the University of East Anglia, later taking an MLitt at the University of Birmingham’s Shakespeare Institute in Stratford-upon-Avon. Now based in rural Tuscany, she is a freelance editor, teacher and lecturer, and writes satirical fiction. The Stoic, the Weal & the Malcontent, her absorbing study of macontentedness on the Elizabethan and Jacobean stage, was published by Tiger of the Stripe in 2013 and on 5 March 2014 Julia gave a talk at the British Institute in Florence on ‘Miscreants and Machiavels: the Italian Influence on Jacobean Drama&rsquo.

We believe this to be the most important publication in the history of Tiger of the Stripe. It is one of the best novels we have read in years. It would also, we believe, make a fantastic television serial. 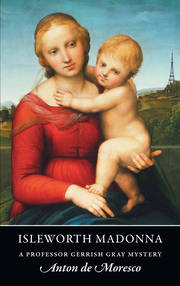 Anton de Moresco’s whodunnit set in the strange, cloistered environment of the University of Isleworth will be a revelation to all those unfamiliar with that august institution and the area of West London which houses its ancient campus.

Gerrish Gray’s position as Professor of Cultural History at Britain’s oldest university is threatened after an American professor claims that the Isleworth Madonna is a fake. Then Gray finds a corpse in the Snakenborg Gallery. What else can go wrong? Plenty, it turns out, as the Isleworth University Police, the so-called Bulls, blunder into the investigation.

Embellished with many scholarly footnotes, this book will perplex even the most sophisticated reader.

Anton de Moresco is, or claims to be, McGonagall Professor of Experimental Prosody at the University of Isleworth. 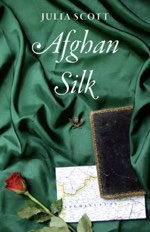 It’s 1938 and the world is changing quickly. Hitler is stirring the German nation into a xenophobic frenzy. Michael, a British officer in the Gurkhas serving in the North-West Frontier, is trying to keep the bloodthirsty and ruthless Afghan tribesmen, the Pathan, under control. The horrors perpetrated by the Pathan make Michael angry and vengeful.

On leave in England, Michael finds that love and his war experiences have changed his attitudes to racial and religious intolerance. He begins to question the assumptions of British imperial power. On his return to India he seems to be heading for disaster…

Julia Scott was born in Weymouth, Dorset. She attended Winchester School for Girls and gained a degree in French from Liverpool University. Her early working career was spent as a health journalist, and later as Editor of Director magazine for the Institute of Directors.

In 1987 she married a neurologist and together they moved to Malta, and then to the United States where they lived for fifteen years before returning to England in 2005.

In 2001 Julia was diagnosed with a rare form of cancer and wrote Afghan Silk while fighting the disease and looking after her six children. She died aged 49 in 2006. 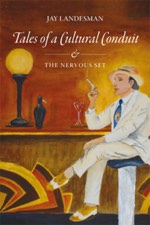 Tales of a Cultural Conduit

Tales of a Cultural Conduit is the third volume of Jay Landesman's memoirs, and includes an edited version of the first two volumes of Jay Landesman's reminiscences Rebel Without Applause (Bloomsbury) and Jaywalking (Weidenfeld and Nicolson).

The book also includes for the first time The Nervous Set, Landesman's unpublished novel of his exploration of life in New York in the 1950s. Gershon Legman who urged him to publish it 40 years ago, said: 'It's a perfect portrait of the period which I do not believe has ever been portrayed at all, let alone so well.'

Tales of a Cultural Conduit takes us from Landesman's life as an antique dealer in St. Louis, to New York and his magazine Neurotica: the Authentic Voice of the Beat Generation and on to the Crystal Palace Cabaret Theater in St Louis where he invited artists to break in their cabaret acts, including Woody Allen, Barbra Streisand, and Lenny Bruce. 'The cocktail hour was orchestrated like an opéra bouffe – music, booze and just the right mix of jarring people... Landesman produced Waiting for Godot instead of South Pacific and thus heralded the cultural renaissance,' wrote John Clellon Holmes.